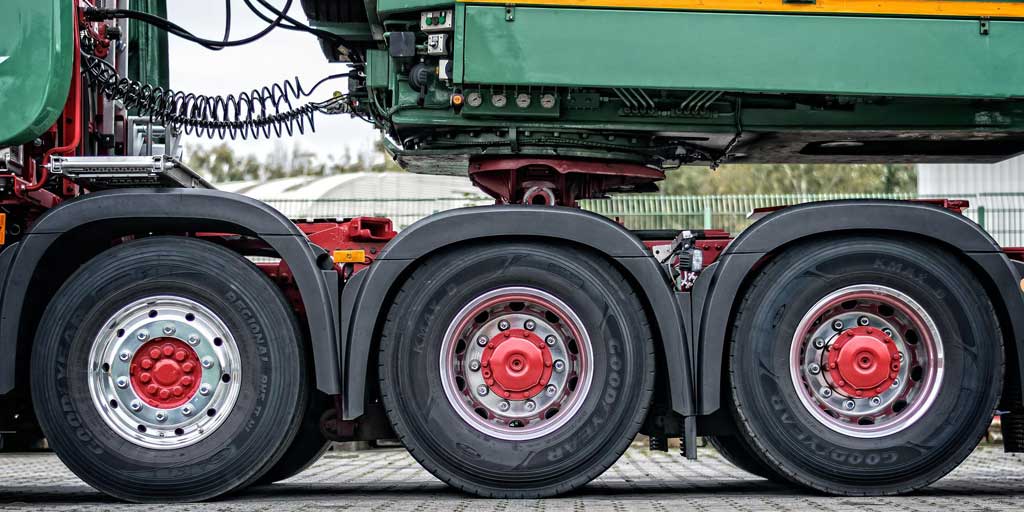 The annual Commercial Vehicle Safety Alliance blitz runs May 17-19. Find out how to avoid the most frequent violations on the road.

The Commercial Vehicle Safety Alliance (CVSA) has set the dates for its 2022 International Roadcheck, the 72-hour blitz of commercial vehicle inspections across North America. From May 17 to May 19, law enforcement officers will focus on wheel ends.

The results of Roadcheck in 2021 showed that brake systems took the top spot for violations in North America, accounting for 26.5% of all truck out-of-service conditions. Brake adjustments rated as the fourth highest violation last year, accounting for 12.4% of all violations.

Fred Fakkema, VP of safety and compliance at Zonar Systems who was named a top industry influencer by FleetOwner in 2021, explained the importance of wheel-end components as well as what drivers and fleet managers can do to keep the safety mindset at the forefront of all operations.

As of Feb. 16, the top 20 violations so far in fiscal 2022, according to the Federal Motor Carrier Safety Administration (FMCSA), are littered with various wheel-end component violations.

“The No. 3 violation right now at roadside inspections is a clamp or roto-type brake out of adjustment,” Fakkema said. “The No. 10 violation is ‘CMV manufactured after 10/19/94 has an automatic airbrake adjustment system that fails to compensate for wear,’ and the list goes on.”

“When [law enforcement] is looking at wheel-end components, they’re actually doing a Level One inspection, meaning they’re crawling underneath the cab and looking at the slack adjusters as well as the inside of the brake drums,” Fakkema said.

See also: How truckers can save time during a roadside inspection

“At the roadside, it depends where law enforcement really pulls the vehicle or the truck over,” Fakkema said. “If there’s an opportunity to do a Level One where it’s safe to crawl under the truck, especially during Roadcheck, then they would be doing that, but Level One inspections are more common at weigh stations. A lot of times, law enforcement will pull over on the shoulder of the freeway where it’s unsafe to crawl underneath the truck. That’s where the Level Two inspection comes in, so you walk around, looking at the equipment, looking at the driver’s license information and logbooks, etc.”

Other vehicles that can receive the CVSA decal sticker are those that pass Level Five inspections, which are conducted at terminals, according to Fakkema.

“It’s a vehicle inspection only,” Fakkema explained. “And it’s done without the driver present. So, if I was at your terminal, I’m just inspecting the truck. It’s still a Level One, 37-point inspection, the only difference being that it’s been done at the location.”

In 2017, CVSA launched a Level 8 inspection, an entirely electronic examination without direct interaction with an enforcement officer that is conducted at weigh stations or electronically and wirelessly while the vehicle is in motion.

An electronic inspection must include:

“If you use weigh station bypass, your good-to-great safety score allows you to bypass weigh stations at a rate up to 98% of the time,” said Sara Steele, product manager and director of compliance at Drivewyze. “But, there are times when your trucks will not get the bypass and you’ll be waved in for an inspection. And, that’s where a conundrum can take place. Typically, there are about 3.5 million inspections conducted each year—in 2020, only 2.7 million were conducted due to COVID-19. That may seem like a lot, but it’s not.”

Both Steele and Fakkema agreed that the lack of law enforcement—13,000 inspection officers as opposed to 6 million trucks that go through weigh stations—plays a key role in the push for e-inspections.

“E-inspections speed the process, so the inspection officer can do more inspections, allowing safe fleets to bolster their scores, and unsafe fleets to have a bit more scrutiny via more thorough inspections,” Steele explained. “What’s more, additional inspection data will also reduce the lag time in today’s CSA safety scores that do not always represent a carrier’s existing safety investments and practices.”

So what kind of safety practices can help to ensure a secure trip on the road? Fakkema brings it back to basics: pre- and post-trip inspections.

“By conducting pre-trip inspections, drivers can catch the ‘low-hanging fruit’ law enforcement officers look out for on the road, such as turn signal lights, having a fire extinguisher—most of the top 10 violations—those are the things you should be checking in your pre-trip,” Fakkema explained. “We always tell our customers that if you don’t take care of your vehicle, you’re gonna get inspected a lot. It’s all part of the safety mindset. If the driver is in that mindset of always being safe, they’re looking at their equipment and doing the right thing.”

Fakkema, a former state patrol officer for over 25 years and a graduate of the FBI National Academy, recalled his time as a state trooper and said that the biggest common denominator in mistakes on the road is complacency.

“It’s really easy to get complacent,” Fakkema urged. “I always tie it into my law enforcement days when you see people have an ‘Oh no’ moment because they weren’t really paying attention. And it’s the same concept when driving a truck: You get comfortable. And once you’re comfortable, you get a little complacent and then that’s when mistakes can happen. That’s when you overlook something. So trying to keep that right frame of mind, having that safety mindset, helps safety become second nature.”

Also of note, with “using a hand-held mobile telephone while operating a CMV” coming in at No. 18 in the top 20 driver violations, Fakkema noted the ripple effect unsafe behaviors and improper inspections have on the trucking industry as a whole.

“Events like this create that perception by the public that trucks are bad. And they’re not,” Fakkema said. “It creates that perception that all drivers are not professional, which is also not true. There’s so many great professional drivers, you know, and it’s just one event that can change the reputation of the industry. That’s one cool thing about what the Law Enforcement Advisory Board is trying to do. The trucking industry and law enforcement are working together to improve that safety aspect and the perception of both the trucking and law enforcement industries.”