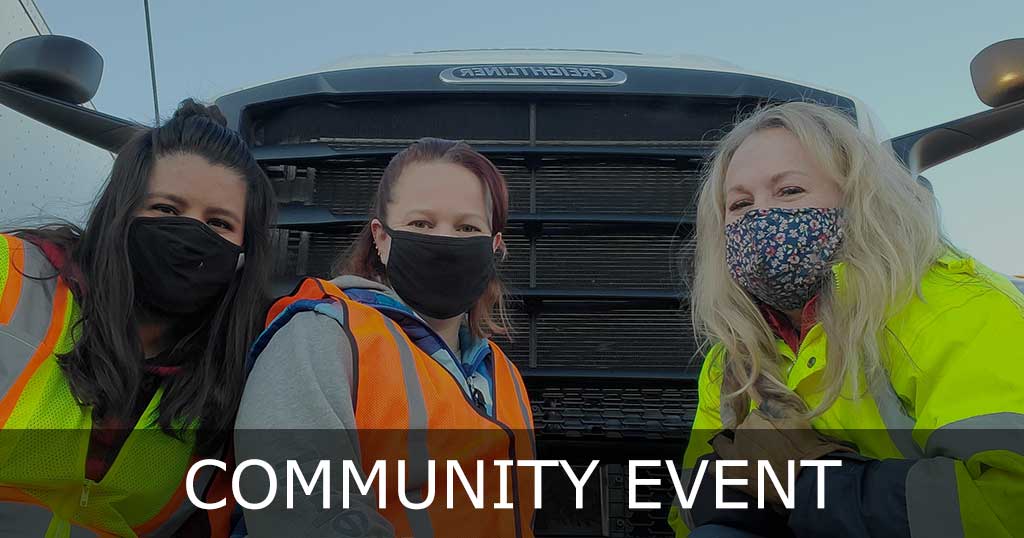 Women In Trucking Association (WIT) announced today that it has selected two female veterans, Janice Neitz and Nichole Garcia, to accompany the association’s Driver Ambassador Kelly lynn McLaughlin on part of her journey to pick up and deliver wreaths for National Wreath Laying Day held on Saturday, December 19.

Every December, Wreaths Across America coordinates wreath laying ceremonies at more than 2,100 locations across the United States, at sea and abroad to remember and honor service members who have sacrificed their time and safety to preserve freedoms. McLaughlin will be picking up a load of wreaths in Maine and delivering it to Houston, Texas.

Serving in the Army 1994-2002, Neitz drove trucks and operated heavy equipment. Although she left to raise her son, she still volunteers for Memorial Day celebrations in her town where she speaks to schools about what it means to sacrifice for this country. In 2016, she earned her Commercial Driver’s License (CDL). She currently works for the Ashland, MA police department.

“I am thrilled to ride with Kellylynn on part of her journey,” said Neitz. “I feel extremely honored to play a role in getting wreaths to our fallen soldiers who have made the ultimate sacrifice.”

In addition to Neitz, a second veteran was chosen. Nichole Garcia served in the Army for seven years as a medic. Now working as a digital media representative for Schneider, Garcia is passionate about sharing her experiences of serving with her coworkers and is extremely involved in creating content for Schneider’s Ride of Pride program. Additionally, her enthusiasm for the Armed Forces is vital to the company’s efforts in recruiting veterans for driving jobs. Using her digital media skills, she will be documenting the experience with McLaughlin and Neitz on WIT’s and Schneider’s social media.

“I am so appreciative of the Wreaths Across America mission and the work being done to honor and remember service members,” said Garcia. “Being able to take part in the event is a dream come true.”

The three will meet in Boston on December 7, where Neitz and Garcia will ride with McLaughlin to Maine. On December 8, the team will pick up the load of wreaths, while also being treated to a tour of the tipping land. From there, they will ride back with McLaughlin to Boston. McLaughlin will then make her way to her final destination in Texas to deliver the wreaths.

“Wreaths Across America is a twelve-year passion of mine,” said Debbie Sparks, who has been an instrumental volunteer with the organization, from recruiting carriers, establishing their transportation department, and being a key volunteer for Arlington National Cemetery. Now as WIT vice president, she manages the Driver Ambassador program. “With this initiative, I am excited to blend the missions of these two organizations and honor two inspiring female veterans.”