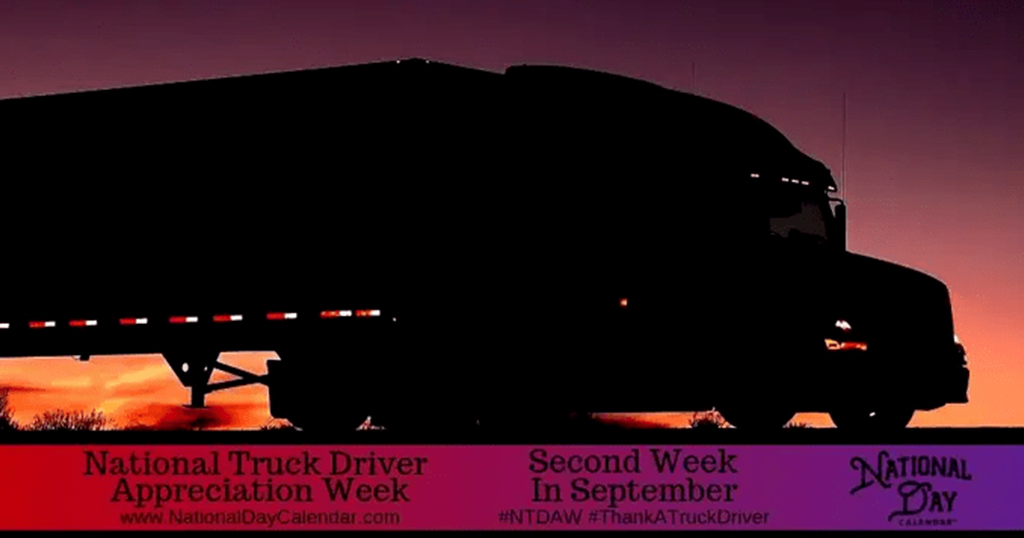 America recognizes National Truck Driver Appreciation Week during the second week in September. It’s a time to honor all professional truck drivers for their hard work in one of the nation’s most demanding and vital jobs. The U.S. Bureau of Labor Statistics (BLS) estimates there are one million professional men and women classified as light delivery or heavy and tractor-trailer truck drivers. They not only deliver our goods safely, securely, and on time, they also keep our highways safe.

We can be thankful for truck drivers and recognize that without them, our table, our closet, and the store would all be empty. Truckers move America forward.

The industry association says there are 3.5 million people employed as drivers as of 2015. The most recent BLS stats show 1 million (about 950,000).

Truck drivers have been around since the end of the 19th Century. Alexander Winton invented the semi-trailer in Cleveland in 1898. He was an automobile manufacturer who developed the trailer truck as a way to deliver his cars.

This week truck stops, trucking industry organizations and others show their appreciation for drivers. They will be offering deals and recognizing truckers for their hard work. Know a trucker? Sending a simple thank you card.

On the road with kids? If they see a truck driver and use the arm-pull signal as though pulling the air horn cord, don’t be surprised if the trucker blasts his horn.

On social media, use #ThankATrucker #NTDAW to post your appreciation for truck drivers.

National Truck Driver Appreciation Week was founded in 1998 by the American Trucking Associations.