6 Things You Should Know About Personal Conveyance 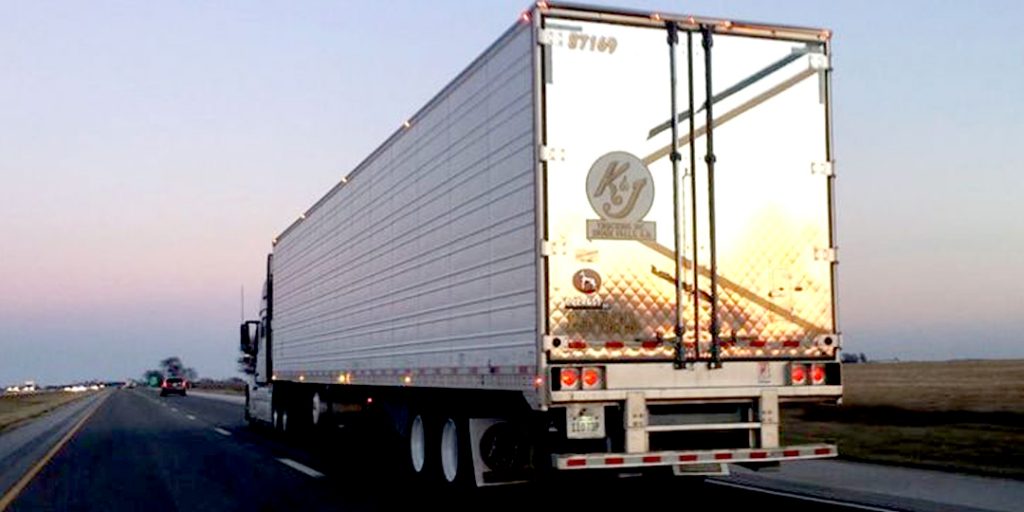 6 Things You Should Know About Personal Conveyance

Your driver had to wait long past his appointment to unload, and now he’s out of hours. The receiver says the driver has to leave the property, but doing so will break federal hours of service rules. The now-required electronic logging device means he can’t “fudge” his duty records with the ELD as he might have with paper.

In recognition of this dilemma, last June, the Federal Motor Carrier Safety Administration loosened up its guidance on personal conveyance to offer drivers more flexibility so they can find a safe parking spot in these situations.

But there’s been a lot of confusion about it ever since. So, we took a closer look at the guidance and spoke to John Seidl, a former enforcement official who’s now a safety consultant to fleets with Reliance Partners, and came up with these six things you need to know about personal conveyance.

1. Personal conveyance is not new

Personal conveyance is not a new part of the hours of service regulations. Motor carriers may, at their discretion, authorize drivers to use a commercial motor vehicle while off-duty for personal conveyance. This must be documented in a driver’s logs. That’s not new.

But there’s a big difference in how those rules are now interpreted. The previous guidance prohibited the use of “laden” (i.e., loaded) vehicles as personal conveyance. The new guidance instead focuses on the reason the driver is operating the commercial vehicle while off-duty, whether it’s loaded or not. This allows drivers who run out of legal driving hours while delayed at a shipper or receiver to get to the nearest, reasonable, safe place to obtain rest.

2. What the guidance says

Here’s the core of the guidance:

Seidl emphasizes that personal conveyance has nothing to do with sleeper berth or on-duty/not driving status. It is an off-duty status. “The key is, are you doing something that would be considered work related to and benefiting the carrier? If it’s not to their benefit, and it’s not work, then it most likely falls under personal conveyance.”

For instance, he says, if you’re driving to a plant or terminal to be loaded or dispatched, that’s work. So is driving the truck to have maintenance performed. “A good rule of thumb,” he said, “is if you’re trying to convince yourself that it’s not work, then it’s probably work.”

Seidl suggests drivers laminate the last page of the PDF version of the guidance and keep it in their truck, because it specifically addresses under what circumstances a driver may operate a commercial motor vehicle as a personal conveyance, complete with examples of what is appropriate and what is not.  Drivers will have a much easier time articulating to a roadside officer why they used personal conveyance if they have access to this document during an inspection.

You can find the guidance here:

One of the examples in the guidance, and the one that addresses the scenario we cited at the beginning, is this one: “Time spent traveling to a nearby, reasonable, safe location to obtain required rest after loading or unloading.”

“You have to go to the closest, safe, reasonable location to rest,” Seidl says. “What if your residence is 200 miles away and there’s 28 truckstops in between you and there; can you drive home using personal conveyance? No.”

A good rule of thumb is if you’re trying to convince yourself that it’s not work, then it’s probably work.

“The federal government now is taking cases galore on people driving to residences when they shouldn’t be or all the way to their terminal, when they should be going to a nearby/reasonable/safe location.”

It also means that if the closest, safe, reasonable place to rest is in the opposite direction of where the driver’s load will be taking him in the morning, that’s where he needs to head – not in the direction that will take him closer to his destination.

What if the nearest truckstop or rest area doesn’t have any parking available? Then you’re allowed to use personal conveyance to travel to the next closest, safe, reasonable parking spot. But Seidl recommends drivers document the fact that the closest place was full.

Use your smartphone, he says, and take time-stamped photographs, panoramas, or video evidence that it is full. Then proceed to the next closest reasonable spot.

Seidl also notes that there’s not a specific distance limit. “If you’re in Alaska and you unload, can you go 68 miles to the closest truckstop? Yes.”

4. There’s a limit to using personal conveyance for ‘commuting’

It’s fine for the driver to use personal conveyance to drive his or her truck home from the terminal or trailer drop lot once they’re off duty, Seidl says, but not from the shipper or receiver to your residence. Seidl says the term “work site” was intended for construction sites, not, for instance, loading and unloading.

“If you are driving to go to a plant or a terminal to be dispatched, that’s work. You can’t drive using personal conveyance to a facility to get loaded.”

The guidance also notes that “in these scenarios, the commuting distance combined with the release from work and start to work times must allow the driver enough time to obtain the required restorative rest as to ensure the driver is not fatigued.” Remember the 2014 crash where a Walmart driver crashed into a limo van and killed comedian James McNair and seriously injured comedian Tracy Morgan? The National Transportation Safety Board determined that although the driver was only on hour 13 of a 14-hour shift, he had driven for 12 hours from his home in Georgia to Delaware to start his route.

5.  There are other uses for personal conveyance

Some of the other times personal conveyance may be allowed, according to the guidance:

• Time spent traveling from a driver’s en route lodging (such as a motel or truck stop) to restaurants and entertainment facilities. There is no specific distance limit on this, which could be construed by some as an oversight in the guidance, Seidl says. “If you’re at a truckstop and want to drive to get more healthy food or to a movie theater, you can.”

• Moving a CMV at the request of a safety official during the driver’s off-duty time. So, if a driver has pulled onto an off-ramp to park and the highway patrol knocks on his door and tells him to move, he can push personal conveyance on the ELD and move to the closest, reasonable, safe location, Seidl says.

• Time spent transporting personal property while off-duty. “This is probably something you want to stay away from,” Seidl says, although he has worked with clients whi have used this exception in a few scenarios.

6: Your company needs to have a personal conveyance policy in place

However, the guidance also says that motor carriers can establish limits on its use. “The motor carrier could say in a personal conveyance policy that drivers are relieved from work as long as they are within the following parameters,” Seidl says. “They could say, I don’t want you to leave a truckstop and go to nearby restaurant or entertainment location,” even though that is allowed by the personal conveyance regulations if the carrier has relieved the driver of work and responsibility.

Seidl recommends that carriers do allow drivers to use personal conveyance under certain guidelines.

It would be short-sighted for motor carriers to not allow personal conveyance at all, he says, because they’re risking roadside violations in some scenarios, possibly setting themselves up for a violation of the coercion rule for forcing a driver to break the law – and it’s also a recruiting/retention tool, he says.

“Companies that use personal conveyance to their advantage will retain drivers, because you’re allowing your drivers extra flexibility to get their job done. With the driver shortage, personal conveyance is something you should embrace – but you need to do it properly.”

5 examples when personal conveyance does not apply